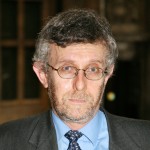 Maurice Frankel has worked for the Campaign since it was set up in 1984 and has been its director since 1987. He previously worked on access to environmental and safety information issues for the corporate accountability group Social Audit. He drafted the successful Private Members’ Bills which became the Access to Personal Files Act 1987, the Access to Medical Reports Act 1988, the Environment and Safety Information Act 1988 and the Access to Health Records Act 1990. He was a member of the Lord Chancellor’s Advisory Group on Implementation of the Freedom of Information Act and the Commonwealth Group of Experts whose Freedom of Information Principles were adopted by Commonwealth Law Ministers in 1999. He received an OBE for services to open government in 2004. 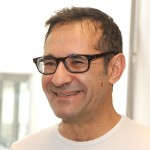 Russell Levy (chair) is a senior partner at law firm Leigh Day and is head of the firm’s leading clinical negligence department. He is a regular commentator on clinical negligence and civil law reform in the media and heavily involved in those issues. Russell has previously served as Honorary Secretary of the Clinical Disputes Forum, on the Civil Justice Council Clinical Negligence and Serious Injury Committee, and various Lord Chancellor’s Department/ Ministry of Justice, Association of Personal Injuries Lawyers and Action Against Medical Accidents committees. He is a Trustee of the Africa Educational Trust. 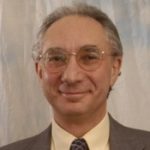 John Angel recently retired as a Judge in the Upper Tribunal, which hears appeals against decisions of the First-tier Tribunal (FTT) on freedom of information and data protection amongst other matters. He previously set up the General Regulatory Chamber in the FTT and was its acting President responsible for 150 judges and members and 9 jurisdictions including FOI. Before that he had been the first President of the Information Tribunal, which preceded the FTT. He was a Professor at the Institute of Computer & Communication Law, Centre for Commercial Law Studies, Queen Mary, University of London. He was formerly the Head of Online Legal Services at global law firm Clifford Chance and before that he practised technology law at Theodore Goddard. He is now a director of Mosaic Charitable Consultancy providing pro bono advice to small and medium sized charities. 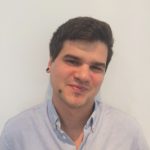 Tom Barns manages global digital fundraising and supporter engagement for the International Rescue Committee. He has previously worked as the Director of Fundraising at the Campaign Against Arms Trade, as a Client Manager for a fundraising agency working with several of the UK’s largest charities, and as a campaigner for ActionAid UK raising awareness of international tax avoidance. He has also had articles published on various topics related to civil society and international relations. Tom holds a master’s degree in Development Studies from the School of Oriental and African Studies.

Jonathan Bloch studied law at the University of Cape Town and the London School of Economics. He was politically involved in South Africa in the worker and student movement and remains active in human rights circles in the UK. From 2002 until 2014 he chaired the Canon Collins Educational and Legal Assistance Trust, one of the largest scholarship awarding organisations in South Africa. He was a councillor in the London Borough of Haringey 2002-14. He has co-authored several books on intelligence. He owns and runs a worldwide financial information business across four continents. 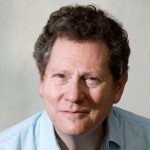 Andrew Lownie was educated at the universities of Cambridge and Edinburgh before going on to the College of Law. He has been a journalist, publisher and since 1988 run his own literary agency. He is the author of biographies of the writer John Buchan and spy Guy Burgess and a forthcoming life of Lord and Lady Mountbatten. He is a former committee member of EnglishPen, the President of the Biographers Club and a former visiting fellow of Churchill College, Cambridge. 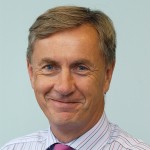 Neil McIntosh has been a director of the Campaign since it was established in 1984 and was its longstanding chair until 2014. Before retiring, he was the Chief Executive of the CfBT Education Trust, a top 50 UK charity providing education services for public benefit in the UK and internationally. He was previously Director of Voluntary Service Overseas and before that Director of Shelter.

James Michael is a Senior Associate Research Fellow at the University of London Institute of Advanced Legal Studies. He was the editor of Privacy Laws & Business’s International Report until 2011. He wrote ‘The Politics of Secrecy‘ (Penguin 1982) and ‘Privacy and Human Rights‘ (UNESCO 1995), and was special advisor to the House of Lords Select Committee on the Freedom of Information Bill in 1999. He has degrees from Northwestern and Georgetown universities in the US, the London School of Economics and Stockholm University, and has taught in the UK, Sweden, Nigeria, and South Africa. 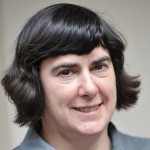 Frances Rafferty is a journalist and has worked for newspapers including the Sunday Times, Daily Telegraph, Sunday Mirror and Times Educational Supplement, as well as for a range of publications, including women’s magazines, as a freelance. She edited the education journal 14-19 Skills Bulletin. She was the media affairs officer for the TUC’s unionlearn and now works for the National Union of Journalists, campaigning for press freedom. 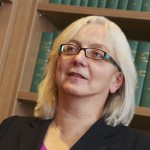 Heather Rogers QC practises as a barrister at One Brick Court. She specialises in media law, human rights and public law. She has been involved in many key cases in defamation and privacy/breach of confidence, from the “Spycatcher” litigation [1990] 1 AC 109 HL (breach of confidence in relation to information about the security services), through the Esther Rantzen and Elton John appeals [1994] QB 674 and [1997] QB 586 CA (limiting jury awards of libel damages) to Flood v Times Newspapers (the “Reynolds” defence) in the Supreme Court [2012] UKSC 11, [2012] 2 AC 273. She is co-author of Duncan & Neill on Defamation (4th edition). She appeared in the Supreme Court for the British Humanist Association, intervening in R (Nicklinson) v Ministry of Justice & R (AM) v DPP [2014] UKSC 38 (law relating to assisted suicide). 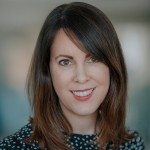 Katie Thompson is Director of Global Communications for Marie Stopes International, directing strategic communications across 37 countries for the UK’s leading reproductive health and rights NGO. She has previously held communications leadership roles at Guardian News & Media, in London and New York, amplifying the Guardian’s award-winning journalism and commitment to openness, transparency and speaking truth to power. She set up a media function for progressive energy company, OVO; led communications for Coca-Cola’s sponsorship of the London 2012 Olympic Games; and oversaw reputation management campaigns for organisations including Google, Facebook and the Scout Association while working at Portland Communications. She holds a a degree in Politics from Bristol University.