FOI and the pandemic

Posted on April 6, 2020 by CFOI in Articles, News | Comments Off on FOI and the pandemic 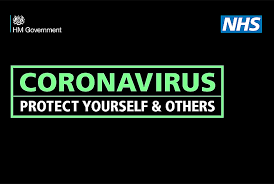 The coronavirus pandemic has prompted calls for the FOI Act to be relaxed and led some public authorities to announce that they will stop answering FOI requests. However, pressure for FOI time limits to be formally extended has been averted, probably by the Information Commissioner’s Office’s announcement that it will not penalise public authorities for failing to meet deadlines during the crisis. Deadlines under Scotland’s FOI Act, by contrast, have been substantially relaxed.

In the UK, the Local Government Association (LGA), had been calling on the government to relax FOI and data protection requirements during the pandemic. The LGA has long pressed for the Act to be restricted. In 2015 it called for councils to be protected from requests by ‘journalists and researchers’; for the cost limit to be cut by more than half; for authorities to be allowed to refuse any request which did not set out the public interest in disclosure; and for authorities to be given greater freedom to withhold their internal discussions.

On 16 March 2020 the Information Commissioner’s Office (ICO) announced that during the coronavirus pandemic:

‘we understand that resources, whether they are finances or people, may be diverted away from usual compliance or information rights work. Whilst we can’t extend statutory timescales, we will not be penalising public authorities for prioritising other areas or adapting their usual approach during this extraordinary period.’

This probably explains why the emergency Coronavirus Act 2020, which became law on 25 March 2020, does not amend FOI or subject access time limits.

The Scottish Information Commissioner had made clear that he would be sympathetic to authorities which unavoidably could not meet deadlines under Scotland’s FOI law during the pandemic. However, Scotland’s coronavirus legislation has extended the deadlines for replying to requests and carrying out internal review. Both have been increased from 20 to 60 working days. Ministers can extend these time limits for authorities other than the Scottish Government by up to another 40 working days.

What does the ICO’s ‘no penalisation’ announcement mean for UK authorities? ICO enforcement is already extremely low key. The only sanction authorities have faced, even if they took six, nine or twelve months to respond to a request, was an eventual decision notice recording a time limit breach.  Even if the failing was repeated again and again the outcome was just more decision notices describing more breaches. There might be behind the scenes discussions with, say, permanent secretaries of poorly performing government departments, but these were kept private.

The ICO has always had the power to address this issue: it can issue enforcement notices requiring an excessive delayer to answer all overdue requests by a set deadline. Although it frequently threatens to use this power, only four enforcement notices have been issued in the last 15 years and only two of these relate to delays.  Most authorities are well aware that threats of enforcement action are not followed up. A 23 February tweet by a senior information rights officer writing in a personal capacity noted:

‘One central government FOI person I talked to recently said they didn’t even know how many overdue cases they had. And ministers didn’t care. They felt enforcement so unlikely they didn’t see the point in bothering to chase up old requests’.

During the pandemic it seems likely that:

However, the ICO’s ‘no penalisation’ statement does not provide a blank cheque for authorities seeking to avoid FOI requests.  The ICO states that it is:

‘a reasonable and pragmatic regulator, one that does not operate in isolation from matters of serious public concern. Regarding compliance with information rights work when assessing a complaint brought to us during this period, we will take into account the compelling public interest in the current health emergency.’ (emphasis added)

This suggests that the ICO’s recognition of the difficulties faced by public authorities will not prevent it insisting on the disclosure of essential information about the pandemic and the response to it.

The ICO’s reaction to the way the Royal Borough of Kensington and Chelsea handled requests after the Grenfell fire illustrates how it has previously dealt with authorities facing great pressure. The council had completely ignored the requests and the ICO’s approaches. This led to a series of decision notices stating:

‘The Commissioner is conscious that the public authority has been dealing with a tragic and major incident within the Borough, which has attracted national attention and which is now subject to a high profile public inquiry. The Commissioner recognises that these are exceptional and difficult circumstances. Nevertheless, the public authority’s statutory obligations remain and whilst the Commissioner is a proportionate and reasonable regulator, she is unable to ignore a complete lack of response to an information request. Likewise, she cannot ignore a complete lack of engagement with her office when undertaking her regulatory functions.’

Many public authorities are now warning requesters that responses to FOI requests may be delayed. Some are asking requesters to consider limiting their requests to the minimum information they need, deferring requests for the time being or withdrawing those previously made. These authorities are seeking requesters’ understanding and co-operation. Such suggestions, particularly from front-line authorities, should be treated seriously especially while the crisis remains so grave.

Other authorities are simply suspending their FOI function altogether and saying they will not answer requests at all until further notice.  It is hard to judge what the case for such an approach is without knowing the circumstances of the authorities concerned.  However, the experiences of two authorities are revealing.

On 23 March 2020 the Guardian reported that Greater Manchester Police (GMP) had announced that staff in non-critical roles were being reallocated to support operational policing and that ‘until further notice the Freedom of Information Act support office will be suspended’. However, at the time of writing, GMP’s information compliance staff have continued to respond to FOI requests on the WhatDoTheyKnow.com website, releasing previously requested information, acknowledging new requests and telling requesters that they will do their best to meet statutory deadlines though delays may be unavoidable.

On 25 March 2020 Northamptonshire County Council announced that it would not be responding to FOI requests received until at least May 2, adding that ‘Such requests will not be registered either but will need to be resubmitted when the Service is resumed on or after 2 May should circumstances permit.’  As one observer commented it is not clear how a council could lawfully refuse to accept a valid request which it had received. On April 2 the council stated that it would register requests but was unlikely to address them before at least May 2. However, this council’s FOI team has also continued to respond to FOI requests received via WhatDoTheyKnow.com despite the supposed suspension of their function.  In at least one case, the requested information was provided within a week, an impressive turnaround in any circumstances.

Both examples undoubtedly owe something to the professionalism of the FOI staff involved. They may also indicate the difficulty of reallocating staff, particularly those working from home, to functions for which they may not have not been trained. However, they suggest that answering at least some FOI requests, even at a time of crisis, may not be as disruptive as some authorities imply.

At a time of an unprecedented threat to public safety, vast public expenditure, extraordinary emergency powers, allegations of huge failures to plan for foreseeable events and threats to NHS staff highlighting risks to their own safety, compelling questions are being asked. They may not all be answerable within normal timescales. But authorities which appear to treat the right to know as a disposable extra may lose public trust when they most need it.