Posted on July 17, 2015 by CFOI in Briefings, News | Comments Off on FOI and policy advice

The Campaign has published this briefing explaining how the Information Commissioner and Tribunal have protected the ‘safe space’ and genuinely frank discussions from disclosure under the Freedom of Information Act. 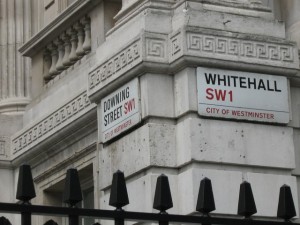 Michael Gove, the Secretary of State for Justice, told MPs on June 23 2015 that the government needed to “revisit” the Freedom of Information Act to:

“ensure that the advice that civil servants give to Ministers of whatever Government is protected so that civil servants can speak candidly…There has been a worrying tendency in our courts and elsewhere to erode the protections for that safe space for policy advice, and I think it absolutely needs to be asserted… it is…vital that the conversations between Ministers and civil servants are protected in the interests of good government.”

The only way of ‘ensuring’ that civil servants’ advice is not disclosed is to make the FOIA exemption for policy formulation absolute, so that it is no longer subject to the Act’s public interest test. This has previously been advocated by former Labour Home Secretary Jack Straw – though his comments indicated that he had not understood how the exemption worked [1].  All information about the formulation or development of policy would then be exempt from disclosure for 20 years, regardless of whether disclosure would benefit or harm the public interest. The fact that the information might reveal whether, for example, potential problems were addressed, overlooked or deliberately ignored would be irrelevant.

The government’s announcement in July 2015 of a Commission on Freedom of Information to examine the case for restricting the Act brings that possibility closer. The Commission’s terms of reference include considering “whether the operation of the Act adequately recognises the need for a ‘safe space’ for policy development and implementation and frank advice”.

The Commissioner’s and Tribunal’s approach to the public interest test is that policy discussions will not normally be disclosed if they were requested before the policy decision was announced. This remains so even if the decision has been announced by the time that the Commissioner or Tribunal come to consider the case, months or years later. The question is always whether the authority was correct to have refused the request at the time that it did, regardless of what has since occurred.

“disclosure of discussions of policy options, whilst policy is in the process of formulation, is highly unlikely to be in the public interest, unless, for example, it would expose wrongdoing within government. Ministers and officials are entitled to time and space, in some instances to considerable time and space, to hammer out policy by exploring safe and radical options alike, without the threat of lurid headlines depicting that which has been merely broached as agreed policy”

If a request is made after the policy announcement, the decision depends on whether disclosure of the specific information, that length of time after the decision, would deter officials or ministers from frankly expressing or recording their views in future. If it would, the Commissioner or Tribunal will consider whether the public interest in preventing that ‘chilling effect’ outweighs the public interest in disclosure.

Where discussions are very frank, this will weigh heavily against disclosure. If they are anodyne or old, disclosure is more likely. But all the circumstances are taken into account.

Mr Gove himself has first-hand experience of his advice being protected under this approach. One of his first decisions as Secretary of State for Education in 2010 was to cancel Labour’s Building Schools for the Future programme. One of the affected local authorities made an FOI request, via its lawyers, for almost the whole of the department’s internal discussions about this decision. The Tribunal concluded (EA/2014/0079, DfE & IC) in January 2015 that the balance of public interest favoured withholding the information as it:

“would expose a very significant part of the working relationship between Ministers and the politically neutral civil service to a deeper and not necessarily constructive degree of scrutiny…there are plausible risks that exposure of policy submissions would cause submissions to be written in a different way with an eye to a public audience and presentation, and could further change the inclination of Ministers to seek and rely on formal advice, or to take advice only in circumstances that tend to be less fully committed to paper.”

In a 2012 decision the Tribunal ruled (EA/2011/0255, Razvan Veer & IC & Cabinet Office) against disclosure of the minutes of a cabinet committee which, under the previous Labour government, had decided to impose transitional restrictions on the rights of Bulgarian and Romanian nationals to work in the UK. Although it accepted that there was a strong public interest in the issue, it gave greater weight to the fact that the minutes attributed comments to individual ministers and revealed how their views had contributed to the collective cabinet decision.[2] The request had been made four years after the decision but the issue was still live as a further decision was pending. The public interest balance favoured confidentiality.

However, the Tribunal came to a different decision (EA/2008/0073, Cabinet Office & IC) about an earlier request about the terms on which Eastern and Central European nationals could work in the UK. It ruled that a Cabinet Office paper for a ministerial working party should be disclosed. The paper “set out the pros and cons neutrally without assigning views to any Minister or department” and without making a specific recommendation. Collective responsibility would only have been undermined “if specific views had been rehearsed in the paper which could then have been used to embarrass those holding them if a decision had gone against them”.

As these decisions indicate, the Tribunal looks carefully at the contents and likely effects of disclosing each document before reaching its decisions.

If the material itself is not particularly frank to start with, that is likely to favour disclosure. Thus, the Upper Tribunal ([2014] UKUT 526 (AAC)) ordered DEFRA to disclose ‘anodyne’ risk registers about the badger cull, which is intended to prevent the spread of TB in cattle. The Upper Tribunal accepted that if the material had been disclosed at the time policy was being developed it would have undermined the ability of the project board concerned to think in private. But by the time of the request’s refusal, two years later, by which time the government had announced a limited cull, the arguments against disclosure no longer carried weight. The potential risks were now well known and the suggested counter measures revealed ‘nothing surprising or informative’. The Upper Tribunal rejected DEFRA’s claim  that the material revealed robust, candid and innovative thinking, finding that the contents ‘do not match their billing’ and were ‘anodyne’. The blandness of the register’s comments is illustrated by its conclusion that there was a ‘high’ risk of strong public opposition to the cull to which the solution was “1. Proactive communications. 2. Local area understanding”. Those five words are the full extent of the proposed counter measures. Another potential risk would be “failure to get industry acceptance” for the cull, for which the proposed solution was “early and close working with the industry”. These characterless uninformative comments would be kept secret for 20 years under the proposal which Mr Gove appears to be considering.

The government has also resisted disclosing the engagement diary of the former health secretary, Andrew Lansley, for 2010-11. A key government concern was the remarkable suggestion that where a diary revealed blank spaces, ministers risked being criticised for idleness and –  to prevent this – might feel obliged to arrange completely unnecessary meetings. The First Tier Tribunal (EA/2013/0087, DoH & IC) rejected this ‘incredible’ argument and said any minister so ‘pusillanimous’ as to fear this would only need to label any blank spaces as ‘paperwork’ or ‘reading time’. The decision was appealed to the Upper Tribunal ([2015] UKUT 0159 (AAC)), where Mr Justice Charles said that if ministers or officials would really arrange meetings they knew to be pointless for the sake of appearances this would be an argument for disclosure so that the public could discover whether they were “deliberately and contrary to their better judgment…wasting their time”.

One senior official also told the Tribunal that disclosure of ministerial diaries would “in my experience” inhibit and distort the safe space needed for policy development. When asked what his experience of the disclosure of diaries consisted of he admitted that he had none. Mr Justice Charles noted that much of what the government’s high ranking officials had said in evidence:

“warranted a “Mandy Rice Davies” side note. They are reminders of the secretive culture of the public service that the House of Commons Select Committee reported that FOIA would help to change for good … and thus of an approach that there should be transparency but only on departmental terms which the civil service find convincing but which courts often did not. They leave out important factors and, taken overall, lack objectivity”

Mr Gove’s proposals would return us to that state, ensuring that all internal discussion would be confidential, regardless of the circumstances, and without risk of challenge.

[1] Mr Straw told the Justice Committee on 17 April 2012 [Q.343] that the way the courts had interpreted section 35(1)(a) meant that the exemption “can apply only while policy was in the process of development but not at any time thereafter. That is crazy and it is not remotely what was intended.” As explained above, this is not what happens. [2] This decision involved the exemption for ministerial communications in section 35(1)(b) of the FOIA. Most of the issues considered were similar to those which arise under the policy formulation exemption, though the interest in preserving collective ministerial responsibility was also considered.

This piece was updated on 8.8.15 to include a reference to the Commission on FOI.